Education and relationship, friendship and masculinity: This programme with five recent Austrian short films oscillates between authentic staging and stylised exaggeration, expressing not only the individual will to form, but also the narrative creative power – often paired with a tendency towards absurd humour.

The rebelliousness of technology against attempts at human taming, demonstrated using the example of a talking fabric monster. Pedagogically worthless, but a bubbling source of absurd humour.

Mathias starts a new job in a forwarding company. Not just a new job for him, but a big step on his way to his new identity. Mathias used to be Magda, but I don't want anyone to know. 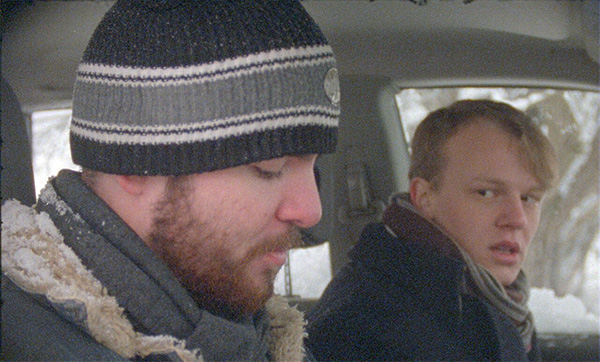 By chance, two former schoolmates meet again after a long time in snowy Vorarlberg on the Swiss border. They were friends once. One stayed, the other left. What else have they got to say to each other?

(Excuse me, I'm looking for the ping-pong room and my girlfriend)

A Swedish couple on a wellness holiday in the Austrian mountains: After an argument, Aron's girlfriend slams the door behind her and disappears. From now on Aron is on the search – for his girlfriend, but also for himself.