For the second time LICHTER presents 360-degree films specially developed for VR glasses in an international competition. Now the finalists for the LICHTER VR Storytelling Competition 2018 have been determined. From more than 70 entries, our jury selected the five best entries. Together with our partner LITTLESTAR we will present all finale films to the end of the festival on Sunday in special cinema format. After the huge success of last year, LICHTER once again banks on watching and marvelling at the VR films together, with VR-glasses sponsored by our partner SAMSUNG – almost like normal cinema, but not quite.

The short, immersive documentary Lake Baikal VR allows an impressive insight into the fascinating landscape and diverse life on and at the Siberian mountain lake that was declared a UNESCO World Heritage Sight.

Whether it be ice swimming in the icy lengths of the frozen lake, a visit to a snowy village or staying within a group of Buddhist monks engaging in prayer recitals – the elaborate 3D footage puts the audience right into the place of action and achieves a strikingly real experience. Mercifully, you can’t freeze in it!

Mr. Chang goes to see his personal spiritual temple, a mystic place representing his fate. Soon it becomes clear, however, that this place suffers from chaos as much as Chang’s actual life. As a barely motivated guardian spirit tries to put order into Chang’s life, the disaster truly starts.

In a wild mix of pop-culture references, far eastern mythology and bizarre humour, Your Spiritual Temple Sucks is on top of technological possibilities, as well as a 360° film that uses the medium’s potential to its full extent with playful ease.

US-Army veterans from the 2003 Iraq War chronicle their traumatising experiences and their fight to gain back normality after their return home. The project The Long Road Home, consisting of three episodes, employs the compelling immediacy of 360° films to tell the stories of its protagonists.

LICHTER presents one of these episodes: Accompany Sergeant Carl Wild on his journey back to the day that is burned deep into his consciousness as “Black Sunday”. Live through the reconstructions of these defining events with him, always searching for the truth lying deep within his broken memories.

Vaysha was born cursed. With her left eye she can only see into the past, with the right one into the future. She stays blind to the present. She is forever imprisoned between visions of the beginning and demise of her world, of the birth and death of others. Vaysha decides to blind one of her eyes – but which one should she sacrifice?

The hand painted animation film uses the stereoscopic properties of the VR headset to transport the audience into Vaysha’s situation. Each eye sees a different image and a different time. The viewer is also given the same choice: In which direction of time do they want to look? 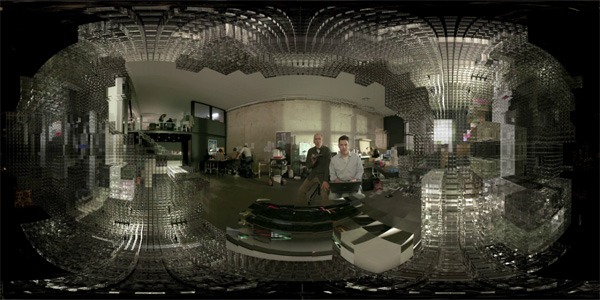 The immersive short film I, Philip transports the audience into the mind of Science Fiction author Philip K. Dick, more specifically into the digital reconstructions of the late visionary, who has been brought to new life as an artificial intelligence in a laboratory – a sensation that garners great attention very soon. Dick’s digital clone bears all this with friendly serenity. But memories haunt him, broken pieces of his former life. How much Philip is in Philip?

The elaborately produced film shines with outstanding actors and effects and, more importantly, uses the spatial possibilities of VR to achieve a unique atmospheric narrative.